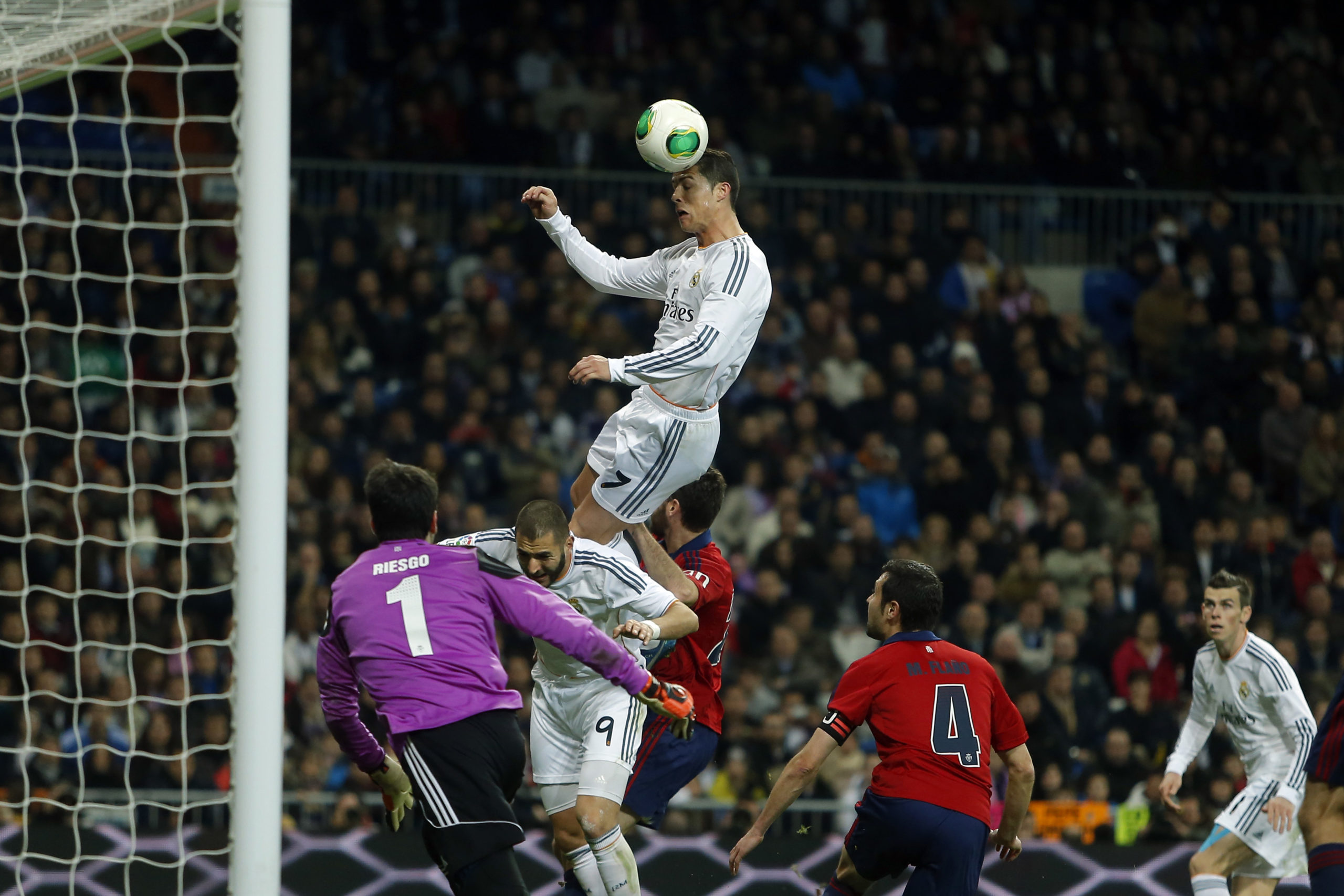 By solashealthfitness@gmail.comJanuary 29, 2021February 1st, 2021No Comments

This article is from an athletic training point of view and could apply to the majority of repeat-sprint athletes which in general would be categorised as short duration high intensity activity of ≤ 10 seconds followed by brief recovery periods of ≤ 60 seconds.

Firstly, nobody is arguing the fact that to be successful at your sport the first thing you need is to have a PhD in that sport, this is by far the most important element. But, for too long there seems to have been a perception in footballing circles that you are either a good athlete; strong, fast, agile or you are a good technical player; good first touch, vision, reading of the game, passing ability, shooting etc.

Apparently you couldn’t be both, you had to choose, if you didn’t possess the technical mastery of the sport, then go and make yourself a machine in the gym instead. If you did have high technical qualities then you didn’t need to do all that other stuff like getting strong and fast.

Then along came a guy who combined the two, I call it the Ronaldo effect. 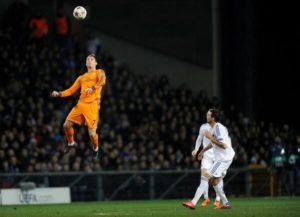 He showed that the two didn’t have to be mutually exclusive, you could possess unbelievable technical ability AND be an outstanding athlete at the same time. Ronaldo stands at over 6 feet tall, runs the 100m in an incredibly quick time, very rarely injured, has a huge vertical jump and at 33 set the top speed record at the most recent world cup in Russia. Not bad!

So what can we learn from this?

It is ok and very possible to develop both the physical and technical sides of the game, in fact they compliment each other very well.

What I see with a lot of amateur, semi-pro and even professional soccer players is that they tend to train “in the middle” all the time.

At a basic level our 3 energy systems are the:

From what I have seen being around football all my life, training tends to spend most of its time primarily using the glycolytic system, what is wrong with that? When you play a game you will tend to spend a lot of your time in or around the intensities that use this system but the biggest issue that you will encounter is that this system isn’t hugely trainable.

The glycolytic system is roughly 70% genetically pre-determined so you only have around a 30% window to adapt and you can get their relatively quickly. I’m not saying don’t train this system, I’m just saying don’t spend all your time on it. A focus of only training the glycolytic system results in a sub-optimal development of both the Alactic system (speed) and the Aerobic system (endurance). I would use the Small Sided Games in training and the actual game itself to focus on this conditioning element, because the training sucks (think shuttle runs, and repeat sprints with little recovery), at least when you are playing the sport you love it sucks a little less! 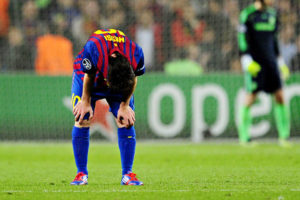 This would be development of the the Alactic system which is responsible for maximal or explosive efforts like sprinting and jumping.

Personally I don’t think in 30 years of playing amateur football I have ever done a true speed session, why? Well it comes down to a few things in my opinion but the biggest one is that coaches, on the rare occasion that they have the required knowledge, are generally afraid to implement it because it looks like the players aren’t working ‘hard’ enough.

Have you ever watched a sprinter train? Damn do they look lazy.

One Sprint for 6 seconds and they go and take a 5min recovery?

In order to train maximum speed there are a couple of golden rules that must be followed:

IMPORTANT: Remember there is a big difference between maximum intensity and maximum effort, you can be producing maximum effort but moving like a snail because you didn’t give yourself a complete recovery!

4. If you are using tools like mini-hurdles and doing hops or bounds over them emphasise to your players that it is not a race to the end, in fact in my experience it is probably the player who is slowest through the mini-hurdles that is getting the most out of them from a plyometrics point of view. The idea behind them is to apply more force in less time by shortening the ground contact times on and lengthening your ‘hang time’ in the air. Think of a rubber ball.

When it comes to most Alactic system development, less is more, particularly if you are using adequate recoveries. For example if you were doing 5 x 30 meter sprints, excluding a comprehensive 10-15 min warm up you would be looking at 4min recoveries between each sprint (60 seconds for every 10 meters sprinted & 60 seconds). So for only 5x 30m sprints, you would be looking at around 16mins in recovery alone). The key to making it effective is to ensure that the intensity/speed is very high (close to max) and this will probably be the biggest challenge for soccer players as they are used to training in ‘medium’ intensities, with incomplete recoveries and tend to get ‘bored’ if you give them a lot of recovery time in between.

There is no point in having a Ferrari engine with a thimble full of fuel, you won’t get very far!

The Aerobic energy system is a highly sustainable, highly efficient system and importantly it is also a highly trainable system that has a big window of adaptation (About 70% Trainable and 30% hereditary. In the past aerobic system development particularly long slow distance work has gotten a bad rap (train slow, run slow). If you are watching a match you will generally only be watching the player in possession of the ball, so sometimes it can look a more high intensity than it actually is. The idea is that the better developed your aerobic system is the less quickly you will need your glycolytic system to start to kick in, because when it does kick in that is when you start to produce by-products and that is primarily what is going to slow you down. The Aerobic system is also vital for refuelling the other two systems, therefore a well developed Aerobic system will have a direct relationship to your average repeat sprint power output.

Aerobic System Development is relatively straight forward, it just takes time and consistency. I would use two primary methods with a preference for the second one.

You can do any low intensity activity that would get your heart rate into the aerobic zone (130-150bpm) and sustain it for 30mins +. As football is a running based sport you can use that as your modality or if you want to minimise impacts during a busy period you can do some off-feet conditioning on a rower or bike.

Tempos consist of 10-20 second runs at around 70% of top speed and repeat every 70 seconds, you are only limited to your imagination how you do them, curved runs, linear, light change of direction drills. The beauty of tempos is that they include some higher speed running which has a protective effect on the robustness of the hamstrings while still being a more low intensity modality as you always stay below lactate threshold, which will ensure that you don’t crush yourself with training.

Another option is to use the methodology used in a study from Bishop et al. You can use running, stationary bike, rower etc.

Try to spend the majority of your conditioning at either end of the spectrum, either high intensity or low and save the “middle” for when you are using small sided games or the actual game itself. One of the biggest issues you will encounter with only training the glycolytic system is that you aren’t developing a faster athlete or developing a bigger aerobic system and the adaptations that you can get from training this system top out pretty quickly. Depending on how much you trust your players and how often you train during the week I would suggest to get the players to do the Aerobic work on their ‘low’ days when they aren’t football training through either Long Slow Distance or preferably extensive tempos. On your high days or training days do your sprinting or high speed work just after a good warm-up and BEFORE your football training and make sure you are fresh.

This article could be about any number of field or court sports but football is the one that I know best. Try not to spend too much time in the middle ground of energy systems, go either high intensity or low and leave the small sided games and the actual game take care of the rest of your conditioning needs. If you are going to do true speed work then do it properly, at the right intensities, with the right recoveries. If you are using “agility” ladders the best exercise that you can do is to bend down, scrunch them into a ball and place them neatly in the bin, they don’t resemble any aspect of agility training or sports performance for that matter that I know (but that is a whole other article).

Get some Aerobic conditioning in on your low days, get a heart rate monitor (they are relatively cheap), or use tempos and work out roughly what 70% of your top speed is for a certain distance. You will enjoy your football all the more when you are a more explosive, quick athlete with a big engine and make sure you have the technical ability to back it up. 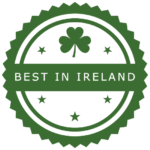