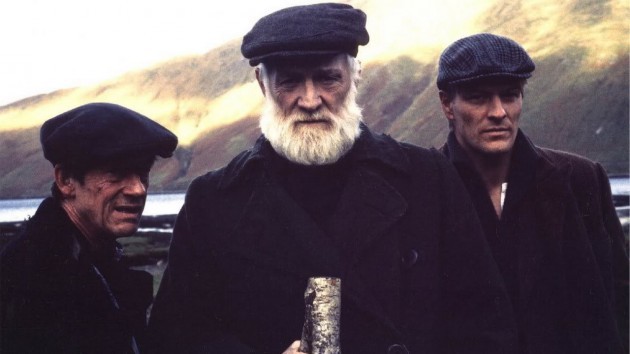 Do Irish Men Look After Themselves?

This is something that I have pondered for a long time, and it is only because of a chat I had with a business consultant recently that I was prompted to write this article.

Firstly, we have some brilliant male clients at SOLAS. They are hard working, consistent, humble and always willing to learn, but……we are greedy, we would like more!

What I usually see when it comes to the typical Irish male is, a lot will play sports from teens until they are in their early 30’s, if they are lucky enough to make it that far without suffering a major injury, then they STOP…..EVERYTHING.

They most often don’t go to the gym and hit the weights, they might occasionally be forced by the other half to go for a walk (under protest), they generally don’t pay too much attention to the quality of their nutrition…until something goes wrong.

It is similar to the whole situation with guys going to see the doctor or talking about their mental health, they don’t go or talk about it until they are in serious trouble. It really shouldn’t be that way. Exercise and good nutritional practices should be part of everyone’s lifestyles. I am not trying to be preachy or say that people have to be perfect all the time, but I don’t think looking after your health should be a luxury.

I’m also not talking about training for vanity, huge egos, chiselled abs, bicep curls in the mirror or body-building unless that is what you specifically want to do, I’m just taking about good health. Getting and staying healthy, so that we can stay mostly pain free, avoid illnesses, have enough energy to play with our kids, and in turn grand kids, hell, even look better naked. It only takes a little bit of consistent effort to be able to maintain a high quality of life.

Did you know that studies have shown that “Compared with no exercise, resistance training was associated with a 21% lower all cause mortality and 40% when combined with aerobic exercise” – Saeidifard et al. 2019

That basically means that if you do some resistance training and some cardiovascular training during your week consistently you are 40% less likely to die from ANY CAUSE. That is pretty emphatic.

Another shocking and slightly scary statistic from world renowned S&C Coach Joel Jamieson is that in the US.. “Together, the conditions related to cardiovascular disease — stroke, coronary heart disease, etc.— KILL MORE PEOPLE EVERY YEAR THAN EVERY FORM OF CANCER COMBINED.

To put things in perspective, 1 in 31 women in the US will die from breast cancer…but 1 in 3 will die from cardiovascular disease.

To back up my argument, I have referenced the Irish Sports Monitor (ISM) in 2019 from www.sportireland.ie which is a large population study undertaken biennially in order to provide trends in participation in sport and physical activity in Ireland.

Repeated studies, including Sport Ireland’s most recent Irish Sports Monitor, have consistently shown that males aged over 45, particularly those from disadvantaged communities, are amongst those least likely to be active. As a result they suffer from worse health, mental and physical, and are more likely to die younger, than the rest of the population.

Sport Ireland’s Irish Sports Monitor 2019 revealed that only one in four men aged 45-54 meet the World Health Organisation’s recommended 150 minute of exercise per week. On average, men of this age are physically active for just 87 minute per week or 12 minute per day, with one in six not participating in any sport or exercise.

There is obviously a disconnect or gap after forming. The health and fitness industry is a relatively new concept in the grand scheme of things and it generally looks after the “already fit” community pretty well to make them a little fitter, but what about those who need it most?

They are unfortunately being left behind. As an industry that is something that we need to address. How do we make it so that the average person is comfortable to seek out, and more importantly, receive the help that they so drastically need? How do we then show them the path to better health, so going to the gym or exercising is for EVERYONE not just for the “hardcore” minority.

I can’t count the number of clients that have come through the doors of SOLAS nervous and unsure, lacking strength or in pain and are now completely revitalised.

‘Jimmy 5 bellies’ down the pub is a “legend”, he can drink 20 pints of Guinness a night.

He is an absolute “character”. Ask him about his weight and he will laugh it off, “took a lot of money to put that there” he’ll chuckle. For me it’s a cry for help, I can’t imagine how anyone would be happy to carry around 5 or 6 stone of extra body fat, be low in energy all the time, be susceptible to illnesses or be that reliant on alcohol to have a “good night” and not see a vegetable from one end of the year to the next. These are the people who need the health & fitness industry the most and currently we are failing them. Obesity levels are only going one way even though there is more information, more gyms, and more focus on being healthy than ever before. Why? Well I don’t have the answer to that right now, but I will do my best to find out.

At SOLAS we welcome anybody who is willing to work hard and be consistent, you don’t have to be a ‘gym bunny’, you don’t have to be an athlete, you don’t have to be in your 20’s or 30’s, 40’s or 50’s for that matter, you don’t even need to be fit (the amount of times I have heard the phrase I will get down to the gym/a class once I’ve built up my fitness, huh?). You just have to turn up consistently and put the work in. We are not in the habit of trying to kill people, yes we work hard, but we also work smart, and you will only get a gentle nudge to push yourself harder when you are good and ready. As usual the hardest part is to just make the start, reach out, ask for help.

We will strive to make SOLAS as welcoming and understanding an environment as we possibly can, no judgement, no egos and definitely no mirrors!